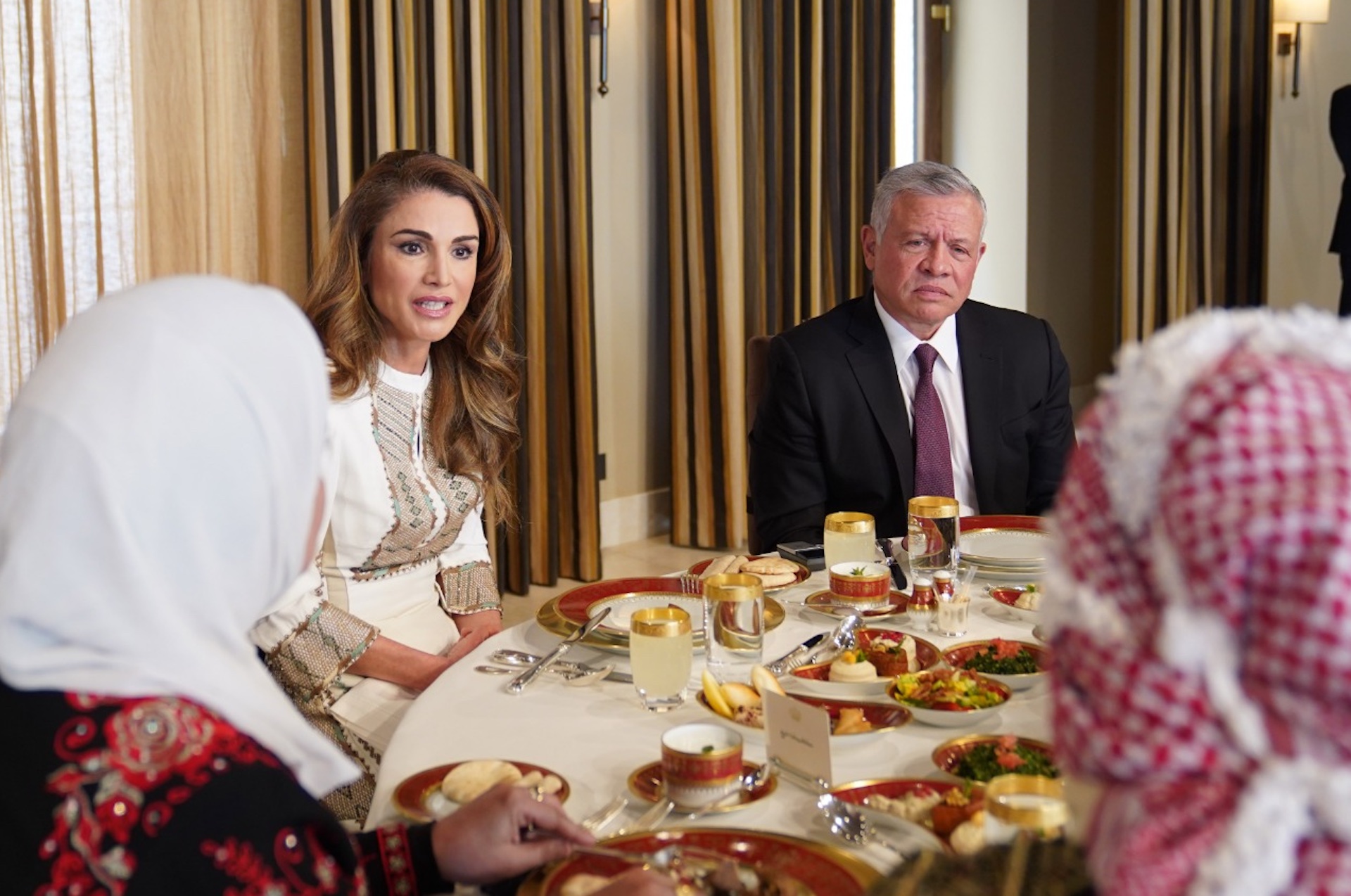 His Majesty also stressed the significance of women’s participation in Jordan’s ongoing development and modernization efforts. The King lauded the Jordanian women’s commitment to innovation and excellence, commending them for their persistence and commitment to their communities.

Queen Rania commended His Majesty for his support of Jordanian women and his belief in their ability to work and excel in a variety of fields. The Queen thanked the King for believing in women as vital partners to the nation’s progress and for his efforts to create opportunities for all women. Women in Jordan excel in a wide range of sectors, while also working tirelessly to raise children and build families.

Attendees thanked Their Majesties for enabling Jordanian women to make a significant contribution to Jordan’s advancement and for believing in women’s potential. They reaffirmed their dedication to serving Jordan, and their keenness to capitalise on opportunities to enhance women’s role across the political, economic, social, and development-related fields.

Experience the future of car design with immersive gaming technology

Xi and Putin will meet in Samarkand