His Majesty King Abdullah met with Israeli President Isaac Herzog and reaffirmed the need for all parties to work on achieving peace, so that both Palestinians and Israelis do not pay the price in the future, and so that the entire region can achieve its potential. King Abdullah stated during the meeting, held at Al Husseiniya Palace, that the conflict has dragged on for far too long, and that the violence it has produced continues to cause as much agony and provide fertile ground for extremism. 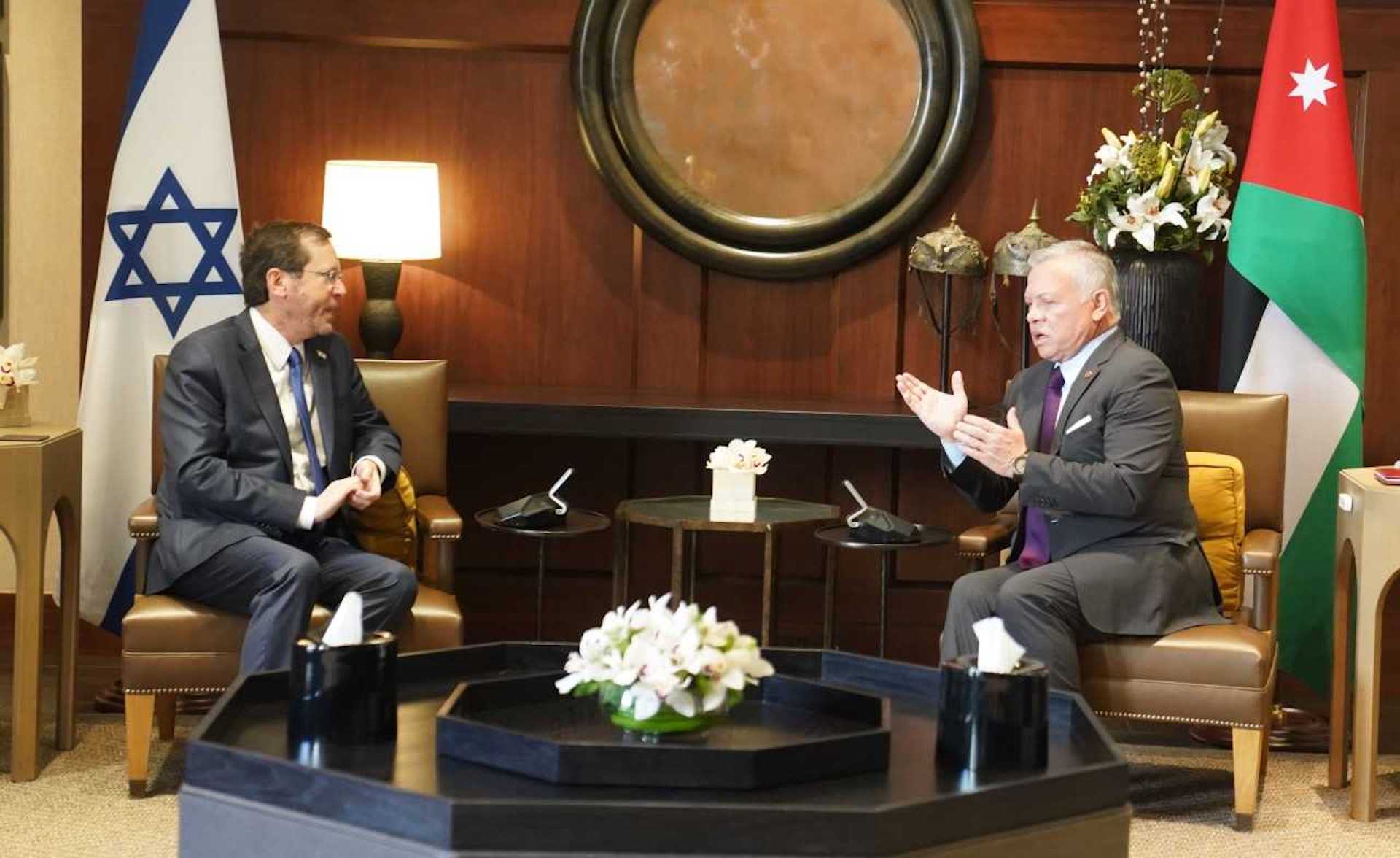 Jordan condemns all acts of violence that result in the death of innocent civilians, citing the tragic attacks on civilians on both sides, including the attack on Tuesday. The king emphasized the importance of this visit for a comprehensive discussion about ways forward for achieving just and lasting peace, and for building a future of opportunities for everyone free from conflict and violence.

He noted that the region stands to gain much from cooperation and economic integration, stressing that for the process to be inclusive it should and must include the Palestinians and that requires maintaining calm and ceasing all unilateral measures that undermine the prospects of peace. The King reaffirmed the need to avoid any measures that could impede the access of Muslim worshippers to Al Aqsa Mosque/Al Haram Al Sharif, especially during the holy month of Ramadan, emphasizing the need to preserve the legal and historical status quo in Jerusalem and its holy sites.

In his remarks, President Herzog expressed his desire to advance partnership and dialogue to achieve peace and prosperity for all people in the region, including the Palestinians. Jordan and Israel share the values of peace and prosperity, according to President Herzog, and should move forward together. As part of the ongoing dialogue between Israeli and Palestinian leaders, the Israeli president called for worshippers to exercise their religious rights in safety, security, and calm circumstances.

Donor countries pledge $1.8 billion to Jordan for a water project

Dubai Expo to have 3D printing zone to attract entrepreneurs

A flood in northwest China has claimed 16 lives