Angelica Bourgoin strokes Janus the tortoise’s shell, whispering to him quietly as he scuttles in his pen. She prepares to celebrate his 25th birthday with his two heads rubbing together. Reuters reports that Janus, who also possesses two hearts, two pairs of lungs, and two distinct personalities, could not resist predators long in the wild because his heads cannot retract into his shell. 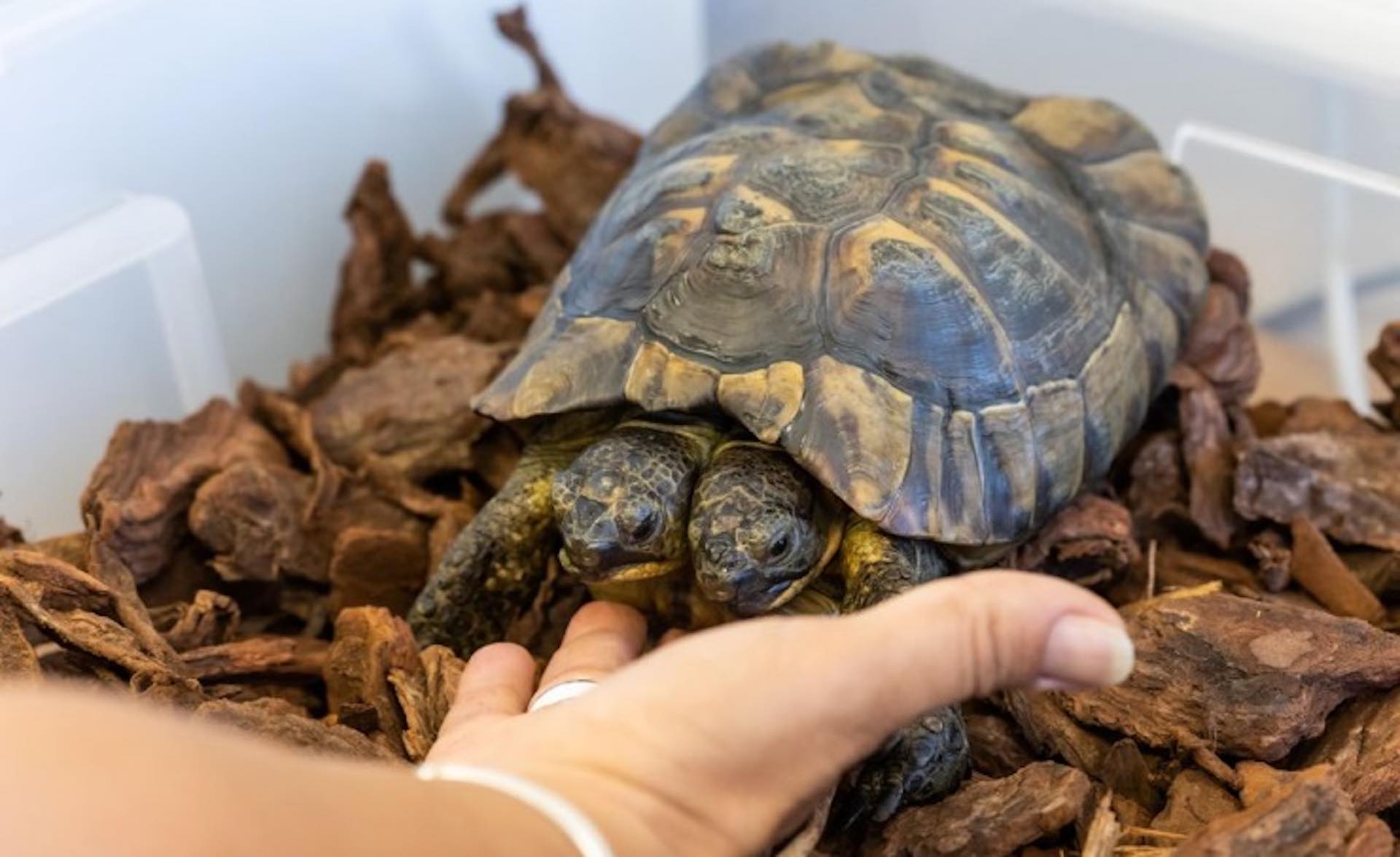 It’s at the Geneva Natural History Museum, where he hatched in 1997, that Bourgoin and her team of carers can take care of him – they consider him to be the oldest bicephalic tortoise in the world. Their daily routine includes feeding him organic salad, giving him massages, and bathing him in chamomile and green tea. As part of his exercise regimen, he walks regularly, sometimes with music, and rides a custom-made skateboard. He’s still alive today because of the attention and devotion we give him,” Bourgoin said.

The two-headed Roman god of beginnings and transitions, Janus, also has a special party to look forward to this weekend. However, it’s not all plain sailing. In 2020, he underwent a bladder stone operation and remains under constant supervision for fear of flipping over, which could be fatal. To prevent soreness when his heads rub together, he needs vaseline periodically. Also, his two personalities generate different moods and tastes that can occasionally lead to conflict, such as which direction to walk in.

UN agenda for COP15 at the World Nature Summit in Montreal