Mercedes-Benz is entering a new phase of its strategic collaboration with Avatar: The Way of Water and 20th Century Studios to integrate sustainability, mobility of the future, technology, and innovation into an emotional brand experience. On December 16, 20th Century Studios will launch a global co-promotion campaign for Avatar: The Way of Water, which opens in theaters. Taking the campaign idea of “Earth is our Pandora” and reinforcing MercedesBenz’s corporate messaging “Every action counts”, the messaging emphasizes responsibility for the planet. 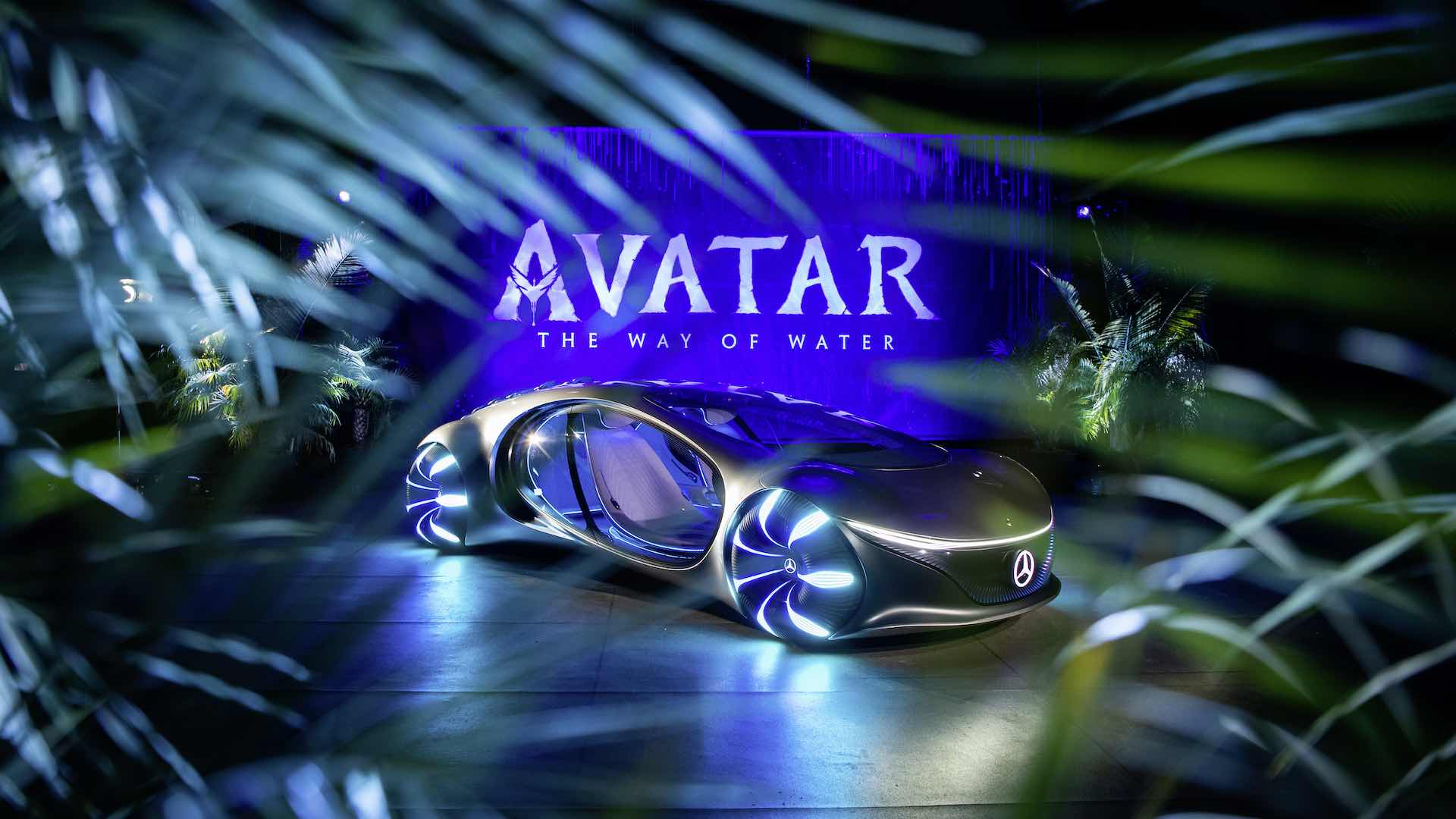 Exclusive film footage shows Avatar: The Way of Water’s vibrant environmental imagery and locations on earth to evoke a dreamlike sense of otherworldliness. A TVC from the campaign depicts fully electric vehicles from MercedesEQ, including the new EQE SUV. The campaign will run across key Mercedes-Benz markets worldwide, with assets covering TV, cinema, digital and social media. There are 30 second, 20 second, 15 second, and ten second assets available for co-promotional campaigns. The co-promotion campaign completes a circle which debuted with the VISION AVTR concept vehicle, which was inspired by the world of AVATAR.

VISION EQXX, a research vehicle revealed at the beginning of the year, offers a tangible and completely realistic way forward for electric vehicle technology and sustainability. MercedesBenz designers, engineers, and trend researchers envisioned mobility in the distant future with the VISION AVTR concept vehicle at CES 2020 in Las Vegas.

AVATAR, one of the most innovative film brands in the entertainment industry, and MercedesBenz, the eighth most valuable brand in the world (according to Interbrand Ranking 2022), have collaborated to create the MercedesBenz VISION AVTR. With its biometric connection, the autonomous concept vehicle makes an entirely new interaction between man, machine and nature possible. The concept vehicle stands for ADVANCED VEHICLE TRANSFORMATION.

The exterior and interior are connected by taut “one-bow” lines and an organic design language. In a closed-loop economy, sustainable materials such as vegan DINAMICA® leather made from recycled materials, fast-growing Karuun® (rattan) and organic, compostable batteries are used. In subtle gestures, 33 bionic flaps on the back of the vehicle can communicate with the outside world – with and through the driver.

On the VISION AVTR, the center console has a multifunctional control element instead of a steering wheel. The interior comes to life when passengers place their hands on the controls, and the vehicle recognizes them based on their heart rate. By simply raising their hand, the intelligent system projects a menu selection onto their palm, allowing them to choose intuitively between different features.

More than a decade after the first film, Avatar: The Way of Water tells the story of the Sully family (Jake, Neytiri and their children), the trouble that follows them, the lengths they go to protect one another, the battles they fight to survive, and the tragedies they endure as they grow up.

634,000 Ford vehicles are being recalled worldwide because of fire risks

Driverless robotaxi tests begin in Beijing with Baidu and Pony.ai